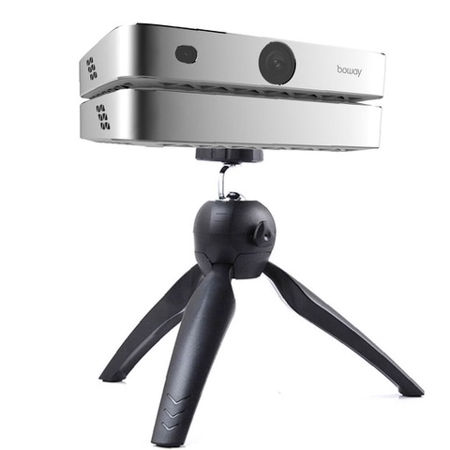 There is a time and place for everything, and when it comes to home entertainment, many people like to have the biggest screen possible. Most folks would take the route that features the largest sized display in the form of a TV, but sometimes, you might do better with a projector. GenHigh has something just for those who think in the latter with its Surfit Qubo mini projector. The Surfit Qubo might be small in size, making it light enough to travel with you wherever you go, but it is also big on performance.

Capable of delivering up to four hours of projection without having to tether it anywhere (making it suitable for a screening of any Lord of the Rings movies, or even the upcoming Avengers: Endgame which is said to be longer than three hours) courtesy of its magnetic detachable battery. Another advantage of having such a battery is the fact that you would end up with an instant powerbank as and when required.

Sporting 2.4G/5G dual-band Wi-Fi, Bluetooth 4.1 and USB 3.0 connectivity, it is almost too easy to hook it up anytime and anywhere. Running on an Android platform, this makes it extremely easy to install different kinds of apps such as Netflix, Hulu, and YouTube TV, among others. Those who love gaming will be able to be more immersed with a large sized display courtesy of this portable slim projector that can fit into a bag or backpack easily.

The Surfit Qubo will boast of an actual 150 ANSI lumens WVGA bright display alongside a native resolution of 854 x 480 pixels with an an optimal display size of 20-100 inches. Arriving in an aviation alloy case, it is extremely portable at 13.2cm x 13.2 cm, and you also get a 3.5mm audio jack that allows you to plug it into external speakers to keep a group entertained. If it is just yourself, take advantage of the integrated speakers that are located on each side. Armed with 2GB of RAM and 16GB of internal memory, this makes the Surfit Qubo carry your favorite movies with you everywhere.